Alpha Fetoprotein test- AFP Test. What exactly is an AFP tumor marker test, and why and when is it necessary? And what do the findings imply?

Alpha Fetoprotein test – AFP test- is a blood test that checks the level of alpha-fetoprotein in your blood. It is used to screen for certain cancers and track treatment responses. It is also used in pregnancy screening tests during the second trimester.

What is a tumor marker AFP test (alpha-fetoprotein)?

AFP is an abbreviation for alpha-fetoprotein. AFP is a protein produced by the embryonic yolk sac, and the fetal liver. When a baby is born, his or her AFP levels are usually high. but by the age of one year, they have dropped to very low levels. AFP levels in healthy adults should be very low.

The amount of AFP in a pregnant woman’s blood can help determine whether the baby has problems like spina bifida or anencephaly. AFP  is a screening test for chromosomal abnormalities, such as Down syndrome (trisomy 21) or Edwards syndrome (trisomy 18). An AFP test can be used as a screening test for an omphalocele, a congenital condition in which some of the baby’s intestines protrude through the belly wall.

An AFP tumor marker test is a blood test that determines AFP levels in adults. Tumor markers are substances produced in the body by malignant cells or normal cells in response to cancer. High levels of AFP blood test can indicate liver cancer, ovarian or testicular cancer, as well as noncancerous liver diseases like cirrhosis and hepatitis.

Alpha fetoprotein screening is a blood test that may be used to:

Who requires the AFP test?

If a medical evaluation and/or other tests indicate that you may have liver cancer, ovarian cancer, or testicular cancer, you may require an AFP tumor marker test. An alpha fetoprotein test may be ordered to confirm or rule out the findings of other tests.

In addition, if you have non-malignant liver disease, you may require this test. Certain liver diseases may raise your risk of developing liver cancer.

Maternal serum AFP is also included in the triple or quadruple screening tests for foetal anomaly.

In general, you will not need to prepare for this test. It is possible at any time of day. It is a simple blood test in which a sample of blood is drawn from a vein in your arm using a needle.

If you’re pregnant, you will be weighed just before the blood test because the results of the tests will be based on your weight. The results are also affected by your race, age, and the number of weeks you are pregnant.

Is there any risk in the test? 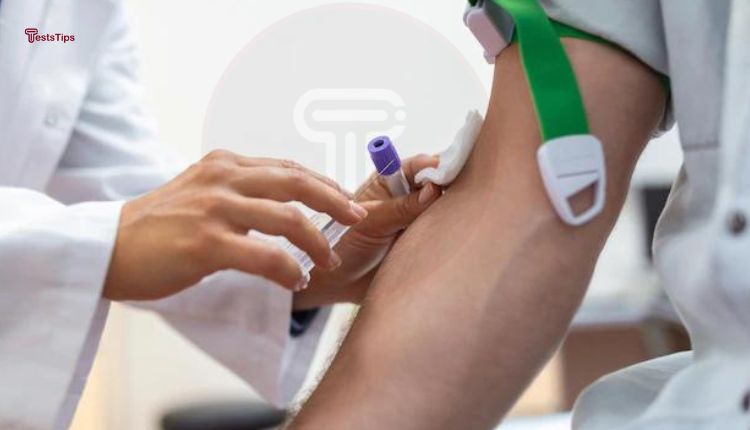 High levels of AFP may confirm a diagnosis of liver cancer, ovarian or testicular cancer, or be a sign of other carcinomas, such as Hodgkin disease and lymphoma, or noncancerous liver disorders.
If you are undergoing cancer treatment, you may be tested several times during treatment. Your results may show the following after repeated tests:

Beginning in the 14th week of pregnancy, the level of AFP gradually increases. It rises until a month or two before the woman gives birth, then gradually declines. To correctly understand the AFP value, an accurate estimate of the baby’s age is required.

High alpha-fetoprotein levels in a pregnant woman can mean:

A low level of AFP in a pregnant woman can indicate:

In the case of non-pregnant adults

In case of pregnancy

Not everyone with high AFP or AFP-L3% levels has or will develop hepatic cancer. The AFP and AFP-L3% test results are not diagnostic in and of themselves; rather, they serve as indicators. To look for tumor development, they must be used in combination with data from your medical history and physical examination, histopathological examination, and screening tests.

G6PD deficiency test. Why do I need a G6PD test?

Estrogen test – what is it? How to do a test?